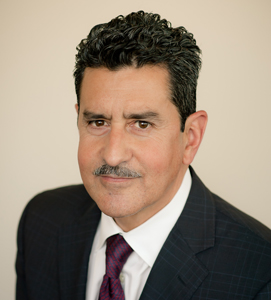 Hector has completed approximately 150 jury trials including a five-month federal death penalty trial resulting in the acquittal of his client. He also defended Miami personal injury lawyer Louis Robles in a complex white-collar case involving allegations of $13 million of fraud.

Hector began his legal career as a Deputy Indiana State Public Defender (1983-1987) focusing on capital appellate and post conviction relief work. In 1987 he became an Assistant Federal Public Defender in the Southern District of Florida and was promoted to Supervisor in the office in 1991.

Hector is the Immediate Past President of the Florida Association of Criminal Defense Lawyers-Miami Chapter. He has been rated by his peers at the highest level for skill and ethics in practice, “AV,” as reported by Martindale-Hubbell. Hector is fluent in Spanish.

Hector graduated from Wabash College in 1980, and from the Indiana University School of Law in 1983 where he currently is a member of the Dean’s Latino Alumni Board.