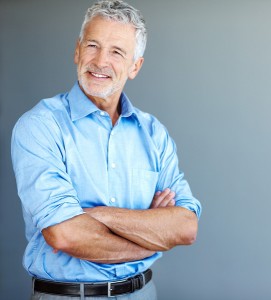 The Miami embezzlement defense attorneys at Barzee Flores aggressively defend the rights of those who may have been accused of embezzlement under either state or federal laws, and will move aggressively in building you defense.

Embezzlement is a form of financial fraud that can be as simple as someone taking cash out of their employer’s register at the end of their work shift or as elaborate as a financial advisor misappropriating funds from a client’s account. It can be a one-time, single occurrence, or can go on for a period of months or even years. Often, the embezzlement of funds is not discovered until the person or business entity that has been victimized conducts a reconciliation of their financial status and uncovers accounting irregularities that suggest fraud or embezzlement.

Embezzlement charges can involve both financial assets and personal or real property, and defending against these complex cases requires a law firm experienced in defending clients against allegations of financial crime. For example, there are 28 different code sections under the federal Chapter 31 embezzlement statutes, and it takes effective and experienced embezzlement lawyers will have the thorough knowledge and legal understanding to build your defense.

There are intricate differences between being charged with embezzlement and being charged with larceny. Generally, a person or entity that is believed to have had control of the assets in question can be charged with embezzlement. Such charges can be filed against a wide variety of people, from a store cashier to a high-ranking corporate officer, a computer technical support professional, a bank teller or financial advisor, accountant or other person who may have control over someone else’s assets, goods or property. Embezzlement is considered to be a “white-collar” crime, and the consequences of an embezzlement conviction can include substantial prison time, financial restitution, tax evasion charges, and massive fines and penalties.

Federal embezzlement charges can involve investigation and attempted prosecution by the Federal Bureau of Investigation (FBI), and only the most skilled and informed criminal defense attorney should be consulted to successfully prepare an effective defense against the intimidating and seemingly unending barrage of legal tactics such cases often present.

The Miami federal criminal defense lawyers at Barzee Flores understand how to thoroughly investigate all charges of embezzlement against a client, and have the legal knowledge and experience to defend even the most complex charges.

Embezzlement of financial assets, goods or property can take place in almost any environment: